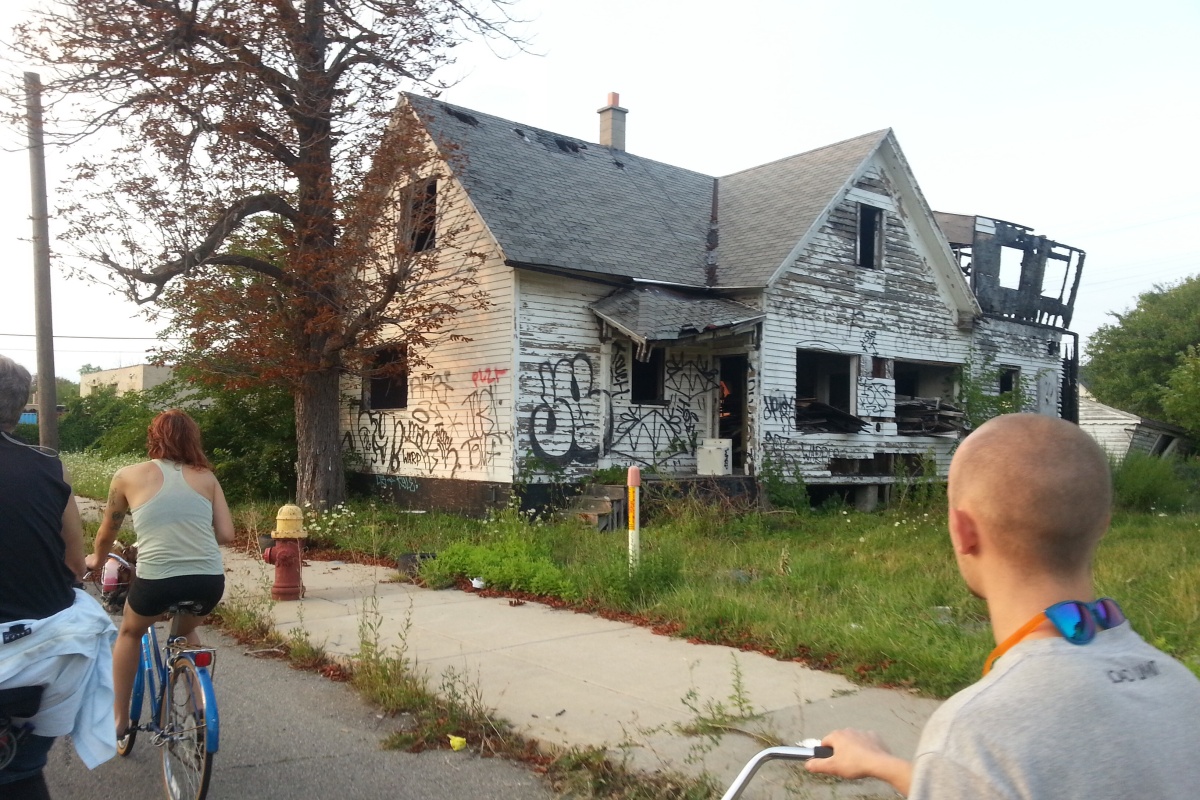 There’s no denying Detroit has seen some hard times over the past few years. The world has seen plenty of photos like this; abandoned homes in a semi-urban wasteland.

But there is another Detroit that is surfacing – vibrant, sustainable and ready to help move the Motor City into a thriving future.

News of my arrival in Detroit was greeted with complete silence so I couldn’t entice any local cycle activists to show me around. Undeterred, I rented a Detroit Bike company bike from Wheelhouse Detroit and peddled off along the Riverfront…

This accessible, family friendly space is a fantastic resource, providing a backdrop for arts outreach and conservation as well as a great view of Canada. 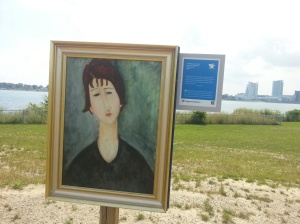 Detroit does water features very well (check out the one at the airport) and the spurting shoots on the Riverfront did a great trade in entertaining small children.

Just off the Riverfront I found the The Dequindre Cut, which is 1.5 miles of shared pathway, using the route of an old railway line to provide access to the communities off the path. Although it was curiously deserted on the Monday afternoon I was there I suspect it’s well used. 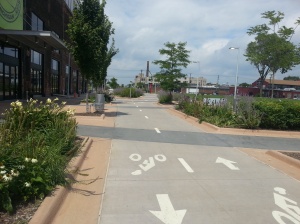 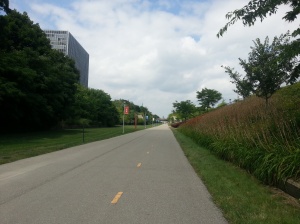 Alas, like many cities, once you’re back out on the streets, the provision is pretty poor; painted lines that encourage ‘dooring’ and fading sharrows that made me feel rather exposed (The chap I spoke to at Wheelhouse didn’t think the lack of on-street infrastructure was problematic as there were so few cars..) 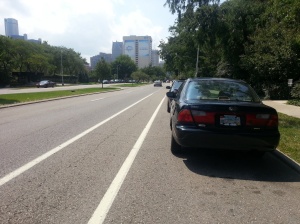 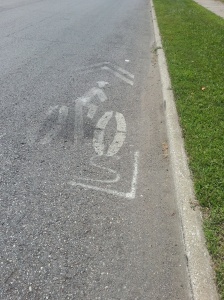 Detroit has some powerful friends and local businessman Dan Gilbert is doing his bit to share the cycle love in the city by installing a Zagster bikes share for users and employees of his companies across Detroit. There were bikes in front of our hotel* in Greektown and in several other locations we saw on just a short stroll.

* provided by our amazing friends Rana and Randy, who are doing a superb job of making Michigan the most desirable place to holiday in the USA..

The main attraction of the day was the Slow Roll – an initiative from Detroit Bike City. Slow Roll is attracting 2000 – 3000 people on bikes every Monday night through the summer months and is without doubt the most amazing spectacle of joyful cycling I have ever seen. Move over Copenhagen with your vacuum cleaner mentality, Detroit is showing the world what a beautiful, crazy, individual thing a bicycle can be. 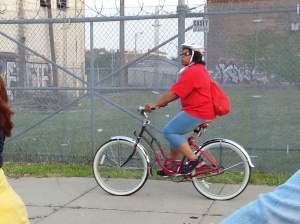 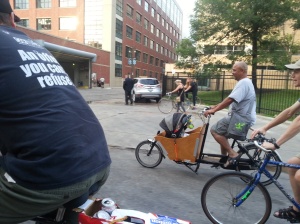 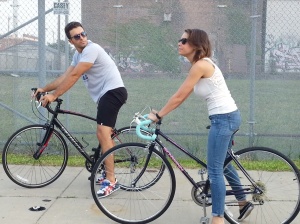 We rode out of the brights lights of Greektown and we were soon on roads that wouldn’t be out of place in an apocalypse film. But the gaggles of waving, cheering children made the streets come alive, as did the streams of cyclists in their technicolor splendour. 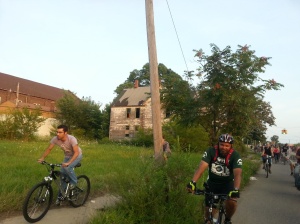 As a community worker I know that people find out who they are and what they want in the most difficult times. A city that can attract over 2000 people to a bike ride every week is a force to be reckoned with.

A T-shirt I saw on Monday night sums up this extraordinary city to me:

‘Detroit is being the change it wants to see’. Amen to that one sister.

3 thoughts on “Motor City is moving on..”