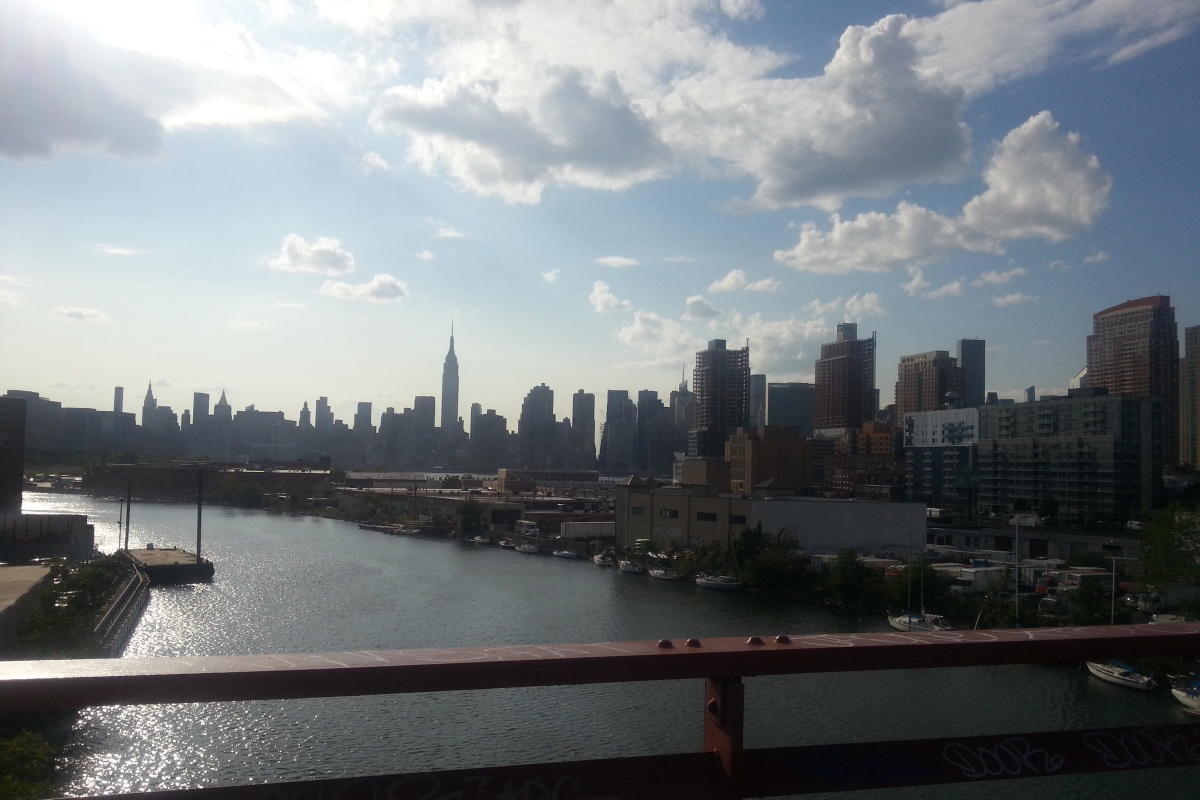 As I looked out the cab window late last Tuesday night I wondered at the wisdom of my decision to arrange a ‘cycle infrastructure safari’ later in the week with a New York cycle activist. From what I could see there was no infrastructure, all the motorists were demented and it wasn’t entirely clear which side of the road I should be cycling on. You would need to be one badass* (can you tell I’ve never used this word before?) cyclist to get on these streets..

Enter Liz Patek – she is completely awesome*, volunteers with several sustainable transport advocacy organisations in New York and documents people on bikes in New York through her blog and Flickr. 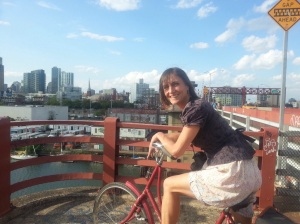 Liz had generously offered to show me the good, the bad and the ugly infrastructure of the city. After two exploding tyres and a long conversation with a man in the bike shop (who couldn’t quite believe that we intended to cycle in *gasp* dresses) we hit the streets (well, the Riverside cycle path). 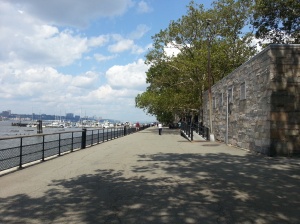 I confess I already knew there had to be some cycle infrastructure as I’d seen the Streetfilms coverage of the 9th Avenue on-street bike parking. And here it is, in all its glory – increasing local trade without increasing pollution or congestion 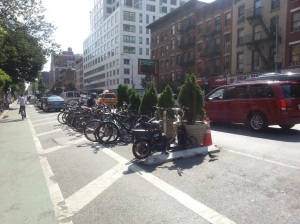 Unlike the jerks* that had parked in the bike lane just past the cycle parking. They were causing pollution, congestion and danger to cyclists. I’m not sure they felt too slighted by us stopping, taking photos of them and loudly disapproving in their direction but one can only hope. 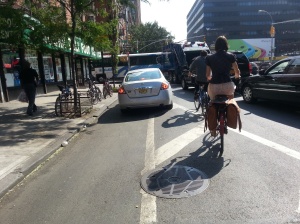 Liz is an extraordinary source of knowledge about the development of the cycle infrastructure of NYC. I’m unable to do it credit due to my pea-sized brain so what follows is a mash-up of observation and conversation (with the caveat that all mistakes and moronic statements are mine):

Get out of the way, bitch!
I admit the ‘bitch’ addition was from a car driver, but the start of the comment was made several times by our fellow bicyclists*. Dutch inspired style cycle lanes don’t necessarily create Dutch style riding, it turns out. For me cycling is more than a method of getting somewhere quickly and conveniently. It’s an opportunity to chat to a companion, enjoy the scenery and sometimes stop and take a photo. Unfortunately it seems that quite a few New Yorkers aren’t of the same disposition and were somewhat frustrated by our pootling side by side. Some of this frustration is caused by the peculiarly narrow cycle lanes themselves; someone in the public works department needs to get their ruler checked before too many more of these get painted. Conflict between cyclists and pedestrians should be designed out and a thick white line just doesn’t do the job required here. Neither does the bidirectional path, which wasn’t working out well for the poor annoyed people held up by two chattering women standing around taking photos. 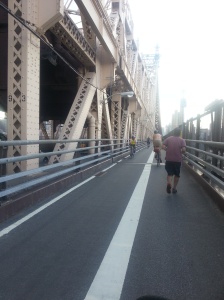 Perhaps Meg Hillier may be onto something with designated pootle lanes – it could be what’s needed for tourists and the sweat adverse in all major cities and would relieve the frenzied natives that are thinking of their Strava segments.

Cycle infrastructure doesn’t appear by magic. Love or loathe it, someone, usually a team of someones, has worked long and hard to get it there. From what I understand, the New York advocacy organisations are working towards a shared understanding with the planners to prioritise transport routes across the city. This requires negotiating with area committees that aren’t quite ready to embrace cycling in their neighbourhood and can be a frustrating long game that’s not wholly understood by everyone who has an interest in seeing the jigsaw of cycle provision put together.

Signage – just do it already!

I’m particularly poor at reading maps but I can manage a signpost just fine if it’s instructive enough. Perhaps it’s all part of a plan to maintain cycling at low levels but keeping fantastic paths secret seems perverse.. please New York: build it and people will come, but only if you tell them it’s there.

Citibikes – unleashing people on bikes into the wild, helmet less and free..

It’s glorious to see the Citibikes spread across the city, attracting people across age, gender and ethnicity with some groups taking to social media to demand the scheme is extended. The Guardian did a great ‘day in the life’ report recently which captures the varied users.

Last time I was in New York I explored by foot, and I didn’t exactly fall in love with the hot, dirty, congested streets. This time, on two wheels, everything was different. 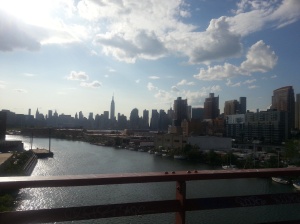 My enormous thanks go to Liz for taking the time out of her busy schedule to show me the sights of this developing city landscape. 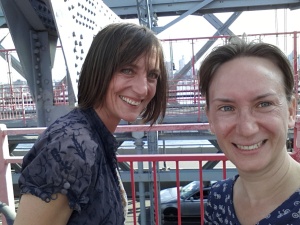 *see, been here a week and talking like a native already. Next week I’ll be all elevator, trunk, sidewalk and groceries.