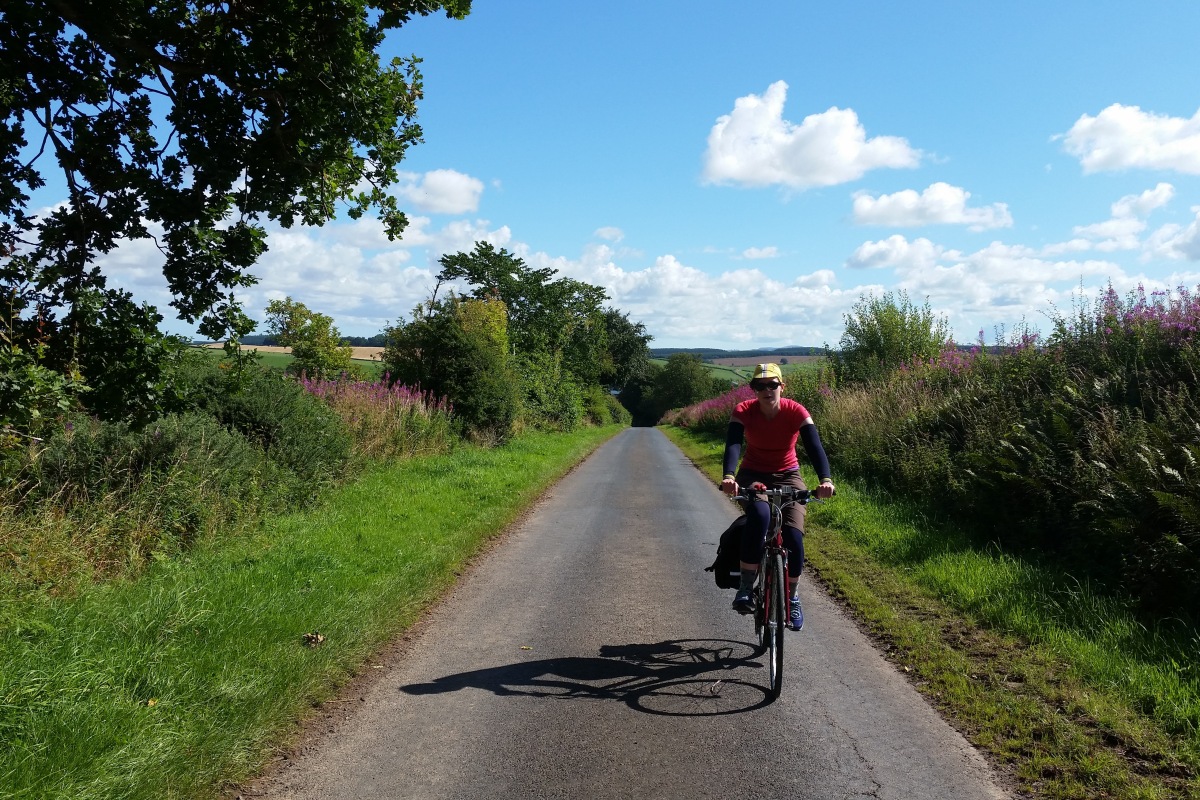 With Storm Ophelia still giving us a hard time I’ve battened down my hatches and got the summer photos out to remind myself of what the world looked like before it went grey and wet.

Ah yes, I live in Scotland so the summer  isn’t all ice cream and sea bathing, unless you are one of those really hard people that wear shorts because ‘it’s summer’ rather than after a sensible assessment of the weather conditions. I am not one of those people and so carry a good supply of high quality merino wool clothing with me at all times of year, particularly when cycling. The carriage of said merino wool items occupied much of my ‘free time’ (time that I should be using to encourage my child to eat vegetables, read, be kind etc) over the summer in preparation for An Adult Microadventure. No, nothing weird, just an adventure where I don’t have to say ‘please sit on your bottom’ every minute at every meal time.

Gloriously released from all my domestic duties by my husband taking our son to Denmark for a few days, my friend Claire and I planned a weekend cycling adventure to try and keep my monthly tally on track. Claire looked at many maps and I procured a new Alpkit bag for the merino items. We were ready to pedal. But where?

We’ve both travelled, are quite adventurous, not too short of cash and love good food. So naturally we booked ourselves into the Kirk Yetholm youth hostel and jumped on a ScotRail train to the Scottish Borders. (NB For those of us that have lived through the will they/won’t they ever re-open the railway line between Edinburgh and the Borders saga the previous sentence is much more exciting than it initially appears).

Our plan was to ride the Four Abbeys cycle route clockwise and slowly, enjoying the views, the cake shops and take a peek at the Abbeys. This is what we found:

Seen one Abbey? You’ve seen them all (probably)..

Starting out in Melrose, we soon realised that we were simply too tight-fisted to pay the entrance fee and our money was much more likely to be spent in bookshops and cake shops. I’m sure someone is itching to point out that a Historic Scotland Explorer Pass is well worth the money, but now I’ve done it you don’t need to. Kelso Abbey is fee free, so we did have one full immersion abbey experience. I’m very glad I’m not a 12th century monk as the monk lifestyle seemed to contain very early mornings and very little cake.

The sun shines in Scotland (but please don’t tell anyone)

My parents sweetly phone or text after every weather event hits the UK, because somehow they think it will be so much worse in Scotland and we may have been swept away in a flood/hurricane/snowstorm. Okay, so the rain is much wetter here but I have mislaid my waterproof trousers due to infrequent use. However, in the interests of Keeping Scotland Beautiful (and free of more people) please don’t share the following two photographs widely.

We may be at peak gin

I understand that gin is fashionable, which may or may not be related to my taking it up in later life, but I hadn’t quite realised that everywhere is now producing its own. We found this excellent local example at the superb Plough Hotel in Town Yetholm. Historic Scotland’s loss is the Kelso Gin Company’s gain as I spent all my excess money on gin. Just doing my bit for the rural economy.

There is no-one here

Well that isn’t quite true, as both the hostel and pub in Yetholm were packed and there was an extensive selection of tourists and locals in each of the towns we passed through-  several of whom stopped me to admire my bike and its baggage. But there were also miles and miles of quiet roads, smaller towns – big shout out to gorgeous Morebattle and its lovely Teapot Street – and villages. The Four Abbeys route coincides at some points with St Cuthberts Way, a long distance walking route between Holy Island in Northumberland and Melrose in the Scottish Borders so you can expect to see some ramblers too.

Claire has taught me many things in the few years that I’ve know her, but one of the most significant is that you can have a great adventure just a few miles from where you live. My eyebrows have raised slightly in the past as some of her holiday plans involved travelling no further than an hour on a train from Edinburgh. In my yearnings for exotic adventures I’ve overlooked the enjoyment to be found on my doorstep. Not any more.