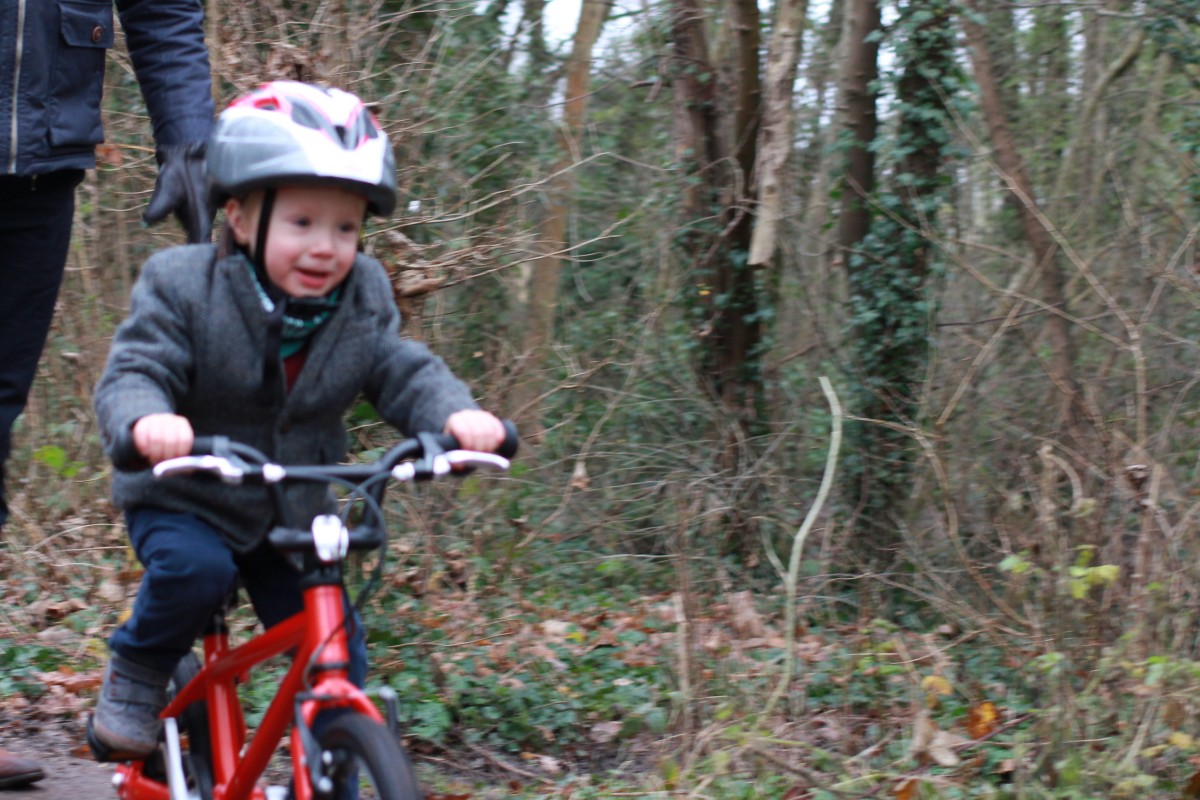 As expected, it was hard to tell which of us was more excited as a little red Islabike was uncovered from its excessively large wrapping bag on Christmas morning. Half an hour later the residents of Epsom and Ewell were treated to a spectacular display of cycling skill, if they were quick enough to see it as our son sped by..

Despite managing a pre-school cycling project, I hadn’t actually thought about how I was going to help our would be cyclist to move from his balance bike to his pedal bike. Thankfully I am a woman so I read the instructions that came with the Islabike; they suggested holding onto his jacket to provide some support, without interferring with his balance. This worked well and allowed me to encourage him to keep peddling, looking and steering until I was told to ‘be quiet Mummy!’ closely followed by ‘let go Mummy!’.

Then you just sort of ‘run and hover’, as demostrated here by my incredulous (and soon to be exhausted) father, to try and anticipate collisions and your child disappearing from view.

So, there you have it – from balance bike to pedal bike in 2 months. If only we could manage the same feat with toilet training..

One thought on “It’s a pedal bicycle!”